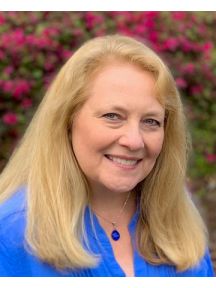 Ruth Elaine Schram wrote her first song at the age of twelve, and her first octavo was published twenty years later in 1988. In 1992, she became a full-time composer and arranger and now has over 1,300 published works. Over thirteen million copies of her songs have been purchased in their various venues, and she has been a recipient of the ASCAP Special Award each year since 1990. In addition to her choral music for church and school choirs, her songs appear on thirty albums (four of which have been Dove Award Finalists) and numerous children's videos, including sixteen songs on four gold videos, and four songs on one multi-platinum video. Her songs have also appeared on such diverse television shows as The 700 Club and HBO's acclaimed series The Sopranos.

Ruthie began piano and theory lessons at the age of five. She studied music at Lancaster Bible College and Millersville State College and taught elementary music in Pennsylvania for several years. She now lives in Birmingham, Alabama with her husband, Scott, and they have two grown daughters, Crystie and Celsie.

Her current published works, with samples of audio excerpts and select pages of the scores, are listed on her website choralmusic.com.