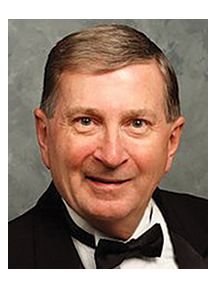 Patrick M. Liebergen (b. 1949) is widely published as a choral editor, arranger and composer, and is the Director of Choral Activities at the University of Wisconsin-Stout in Menomonie, Wisconsin. With music degrees from St. Norbert College in DePere, Wisconsin; the University of Wisconsin-Madison; and the University of Colorado-Boulder, Dr. Liebergen has served in a variety of positions as a leader of church and school choral groups and has appeared throughout the United States and Canada as an adjudicator and clinician. He co-authored Monograph No. 4 published by ACDA and has written articles for Choral Journal. Listed in Who’s Who in America, Dr. Liebergen has won the Wisconsin Choral Directors Association Composition Competition and the anthem contest sponsored by the Twin Cities Church Musicians Association. One of his choral works was featured in the Mormon Tabernacle Choir’s Christmas special, which aired on radio and television stations around the country. Dr. Liebergen’s well-received publications, choral collections, cantatas, vocal solo collections, and numerous choral works for church and school choirs, are performed around the world.